India is visible in country’s development

Passikudah Beach is one of the best beaches in the world. One can enjoy in the shallow waters of the sea and get distressed. It is a very near to Dambulla, where the historic citadel of Sigiriya rests atop the gigantic rock. One can experience the traditional Sri Lankan way of life. We witnessed the striking similarity in the way of living in the rural areas of this side of Sri Lanka and the Indian countryside. One could see many women wearing sarees like those of the Indian women in the villages. While moving towards Passikudah from Colombo one is bound to get enamored with the expanse of tea gardens, rubber plantations, and fruit-bearing trees. This is the time when mango fruits get ripen. Hindu temples all over Sri Lanka are always found to be squeaky clean. There is one Koneswaram temple of Trincomalee is worth mentioning for its antiquity and upkeep. It is one of the three major Hindu shrines on the promontory with a colossal gopuram tower, but it stands distinctly on the cape’s highest eminence. Worldwide interest was renewed following the discovery of its underwater and land ruins, sculptures and bronze idols of Chola period.

Amaya Resorts, known for its hospitality, elegance and enchanting beauty throughout the world are very comfortable with all modern facilities. We were informed that many rich and influential people from India chose this exotic place go for solemnizing the marriages of their sons and daughters. In the office of the Provincial Council of the Eastern Provence of the Trincomalee, it became clear that why this place has become one of the most sought-after places for the Naval exercises. It has become militarily very strategic. Recently, the Navy of India and Sri Lanka undertook a joint Naval exercise in the Bay of Bengal. And its main station was Trincomalee. Such Naval exercises were earlier done by Indian and U.S.A. Navy also. China is also eyeing for holding such exercise in the Bay of Bengal with the help of Sri Lanka. This is certainly a cause for concern for India.

Sri Lanka is a delightful place for non-vegetarian gourmets because delicious seafood is available everywhere, but vegetarians do not many choices. Therefore, one has to inform and instruct the hosts well in advance to make arrangements for the vegetarian foods. It may not be out of place to mention here that most of the Sri Lankans do not consider fish as a non-vegetarian food.

While returning from Passikudah we passed through Kandy, which is another scenic place in central Sri Lanka. It has the historical temple, which nestles tooth relic of Lord Buddha. This temple is UNESCO listed wonder. It is the spectacular architecture of Kandy and anybody cannot go away from here without admiring it. Another important place which is worth seeing is Sripada. It is also known as Sacred Mountain which is nearly 2,250-meter-tall and has the sacred footprint of the Lord Buddha at the summit. Hindus and Buddhists visit this place of pilgrimage. Hindus believe that Lord Shiva made his abode at Sripada for some time, but Buddhists believe it is the footprint of Lord Buddha. It is simply mesmerizing, soul lifting and soothing for the eyes to be at this place.

In Sri Lanka, Theravada and Mahayana sects of Buddhism are practiced. During the reign of King Mahasen of Anuradhapura, a Stupa was started to be built in Kandy, which was completed by his son Maghavanna-I. It is believed that some clothes were worn by Lord Buddha are also enshrined here. There is another significant temple which has been declared World Heritage Site by the UNESCO, which is known as Dambulla Cave Temple. It has more than 80 caves with 153 Buddha statues, three statues of Sri Lankan kings and four statues are of Gods and Goddesses. Inside the caves, one finds the murals depicting the stories (Jatak Kathas) of Lord Buddha. There is a bowl placed on the one side of the cave and the water drips from here day and night. It is said that water never dries even if it has been hit by the severe drought.

Sri Lanka is famous for spices, condiments, and rubber. The group of Indian journalists was taken to the National Spice Garden of Matale. Its present Director is an Agricultural Scientist, who has got his higher education in India’s Punjab University. It was really pleasing to learn that many of the scientists working in this Spice Garden have had their higher education from the Indian Universities. In this Garden not only, the spices of the best quality are produced but the research work is also done for improving and increasing the production. It may be interesting to know that 80 percent of cinnamon demand of the world is met by Sri Lanka. Cinnamon is used as a condiment for bringing good flavour in the vegetables and also for meditational purposes such as lowering of blood sugar and blood pressure.

The other important spice is black pepper which is produced in Sri Lanka in abundance. Apart from it, clove, nutmeg, ginger, turmeric, coffee, cardamom is produced in Sri Lanka and they are exported throughout the world. Sri Lanka is fast emerging as the place of Ayurveda, Yoga, Shirodhara therapy. In Ayurveda, the mix of sweet, sour, salty, bitter, pungent and stringent food is prescribed to keep oneself healthy and that is why the importance of spices and condiments has been underlined in this therapy. There are many places, where Buddhists and Hindus get solace and peace of mind. Both religions have their roots and antiquity in Sri Lanka. For Hindus, it is a holy place because Mother Sita lived in Ashoka Vatika after her abduction by the demon king Ravana. Buddhism was spread in Sri Lanka more than two thousand years ago by Indian prince Mahendra, the son of Emperor Ashoka and who was sent by his father for propagating the message of peace and nonviolence of Lord Buddha.

A joint seminar was organized by the SLPA and the IFWJ on the ‘role of the journalists for increasing the regional cooperation’. The Indian side was represented by the well-known T.V. commentator and journalist Hemant Tiwari, who is also the Vice-President of the IFWJ. Shri Tiwari was so impressed with the hospitality and the beauty of Sri Lanka that he announced that next year India would host a meeting in India where a big contingent of Sri Lankan journalists would be invited to participate, and they would be taken to important Buddhist places. The writer of this article emphasized that the regional cooperation can be increased only when there is regular contact between the people of the different regions. The journalists can certainly play a significant role in arousing the interests of the people for undertaking the visits to countries of the region. Others who spoke from India were Ish Madhu Talwar, Dinesh Pathak, Ram Kishor Trivedi, Kaushal Chaturvedi and Randeep Ghanghas. The keynote was delivered by Dr. Edward Ariyadasa, a nonagenarian journalist with a razor sharp intellect, who underlined for adopting the technology for the development of journalism for promoting regional cooperation.

India is playing a significant role in the reconstruction of Sri Lanka after the conflict that ravaged and devastated the country for more than 25 years. During his last visit, the Prime Minister Narendra Modi had dedicated five thousand pucca houses in northern Sri Lanka to those who were displaced during the war. The Government of India is also providing the assistance of billions of rupees for the reconstruction of roads, railways and ports etc. Agriculture and Dairy Farming is being promoted and assisted by the Indian Government. Chinese are making heavy investments in Sri Lanka to have their hegemony. During the periods of war, Chinese wanted to drive a wedge between India and Sri Lanka but they simply do not understand that Indians and Sri Lankans have age-old ties, which is inalienable. Many Indians are engaged in Sri Lanka in business and other commercial activities which are, without doubt, giving impetus to the good neighborly relationship between India and Sri Lanka. 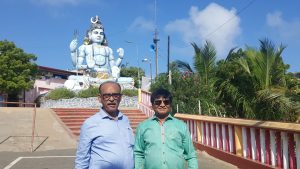 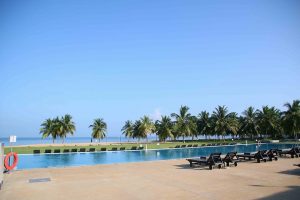